What Action Does Conwy Council Intend to Take Regarding Cllr Andrew Woods Illegal Action Whilst Driving? 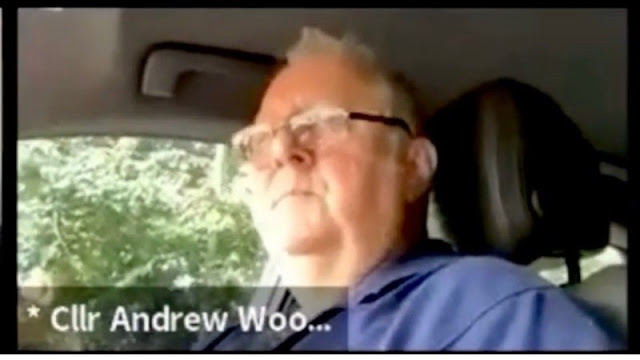 What an embarrassment this man is to Abergele and to the county.

I hope the council boots him out on his sorry ass!

Below the FOI, and below that is the petition!

What Action Does Conwy Council Intend to Take Regarding Cllr Andrew Woods's Illegal Action Whilst Driving?Also, will the council be forwarding the Illegal act to North Wales Police?The Ombudsman?This action is illegal and could also have placed lives at risk.There is already a petition and media coverage.Is this the type of person Conwy Council wish to represent our county?

Video footage has come to light of Abergele councillor and member of Conwy First Independent Group using a mobile phone well driving and voting on a zoom meeting,

after the past 12 months with the amount of deaths that has happened across north wales because of reckless driving Mr woods in his position should of known better and should resign.