Llandudno...Destruction Of Historic Art Deco House Council Refused To Save Goes Ahead! 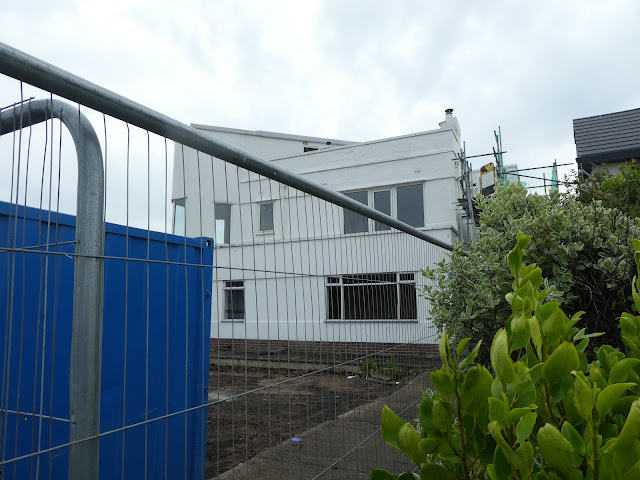 Both Cadw and Conwy County Council failed to protect this historic house, which is now to be bulldozed for five flats!

When the request was made to Cadw to assess the building, someone went inside the locked building and smashed all of the Art Deco features, even the fireplaces.

A few years ago the same company bought another Art Deco house just around the corner, this blog ran a story on the history of the building and the stained glass crest of the family who had it built.

The next day the stained glass was all smashed, but from inside the locked building and not from outside. The lead was buckled outwards not inwards!

All very odd eh? Must be Elves!

But the question should be,

How many blocks of flats do we need?

Why are these flats not being built as affordable homes?

And why are the council allowing these developers to sell to outsiders rather than to locals?

Until these changes and also Carbon emissions from demolition are taken seriously, everything will be torn down for flats along the seafront!

And greedy property developers will continue raping our heritage, and lining their own Avaricious pockets! 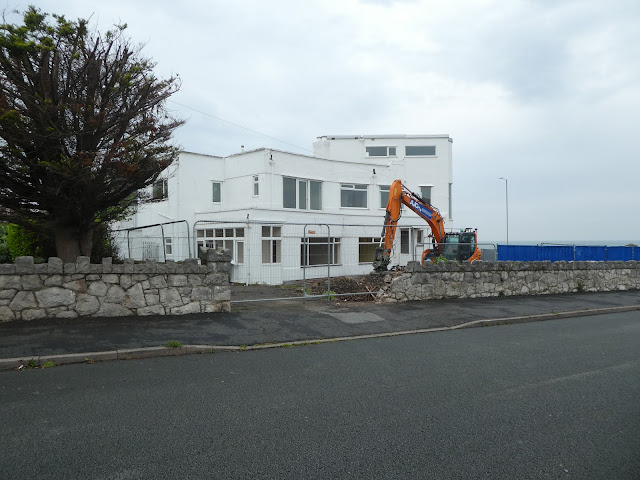 The demolition of an "iconic" art deco house has got underway amid plans to build five apartments in its place. A request to make the art deco house in Rhos on Sea a listed building was rejected last year.

The plans to knock down the 1930s property sparked outrage among some residents as well public figures such as Baroness Joan Bakewell and comedian Griff Rhys Jones who both spoke out ahead of the planned demolition. It was initially thought the house was designed by Sidney Colwyn Foulkes, known for his iconic architecture around the area, but Cadw said it was more likely that it was designed by a local builder called William Evans.

Images captured demolition contractors already on site preparing the internal work required as glass windows are removed ready for the full demolition of the building. According to the Cadw report, the plot of land was acquired in 1935 by Mr. Evans.

"He then sold it as a dwelling in April 1937 to Mrs. Royle with the house named ‘Elyor’," the assessment reads. "The house was advertised for sale in 1962 and a planning application was made in 1963 for its conversion into flats.

The assessment stated that although it bears "many of the hall-marks of the Art Deco style" with its "distinctive tall central tower and angled stepped side wings, white rendered walls and flat roofs", a series of changes made to the building have "detracted from its character". The assessment concludes: "Its relative rarity as an Art Deco building and striking character mark it out as of some interest. However, alterations to its external appearance, and in particular the loss of original fenestration which is a key part of Art Deco style, combined with the loss of interior detailing mean that the building cannot be considered amongst the best examples of its type."

on June 09, 2022
Email ThisBlogThis!Share to TwitterShare to FacebookShare to Pinterest 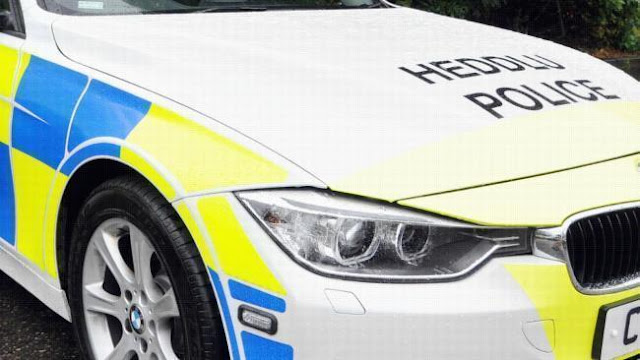