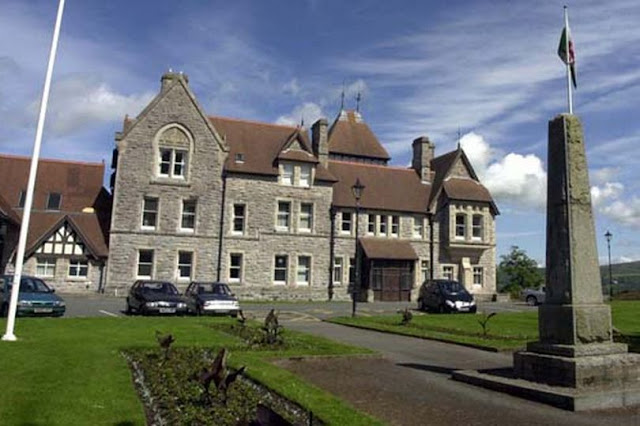 So our council tax goes up, and business rates rise, but the council has time for a pay rise! Well, council staff have already had one with back pay, so this is nothing new! Shocking but as to be expected from this lot!

Is McCoubrey really worth the amount he is given? The answer is no.

Councillors have expressed discomfort at a proposed pay rise during the cost-of-living crisis. The proposals, for councillors in Conwy, amount to an increase of 4.76% to the basic salary, with a £2,700 pay rise for Conwy’s leader and a £1,890 increase for the deputy leader.

Executive members such as cabinet members are set to enjoy an extra £1,620 a year. Meanwhile, committee chairs and the leader of the opposition will get an extra £807 a year under the proposals. ‘Backbench’ councillors are set to get a rise of £800 a year.

The proposals have been put forward by the Independent Remuneration Panel for Wales (IRPW) as part of a consultation process, setting the payment levels for 2023/24, which the authority must accept. The IRPW is required to publish its final report by February, 28, and the council’s democratic services committee discussed the proposals.

Whilst the committee welcomed the "evidence-based" salary changes, councillors agreed to write to the IRPW and suggest that it should consider reducing the number of senior councillor salaries. But before a decision was reached, several councillors questioned the ethics of raising councillors’ salaries during the current economic crisis.

Cllr Sian Grady commented: "I would be against any raise in our income at all. I'm just thinking it is wrong at the moment.

"I know it is all done independently, and I'll be corrected on some things. But my personal opinion is that it is really not the time to be giving us a pay rise when people are struggling so much out there."

Cllr Sam Cotton initially proposed allowances were frozen for the next five years, which was thrown out after a vote. "We all came in in May knowing what we are facing, knowing what this council faces."

But council officer Sian Williams informed councillors they could choose to reject their increase on an individual basis. "Any decision to take a lesser amount, whatever the IRPW determines, is down to the individual councillor, and that has happened and does happen that councillors email me to say 'I want to forfeit part of my salary,” she said.

Cllr Cathy Augustine said a fair salary ensured the council was served by people from diverse backgrounds, including younger people of working age. "I don't think we did all know what we are facing now, and I'm not sure that people understood how deep the cost-of-living crisis would go,” she said.

She said: "Some of our elected members will be experiencing personal hardship. We want to attract diverse candidates each time we go out to the electorate, and if we do that in a mindful way, there will be people who are standing who aren’t wealthy or comfortable, and I think we have to think carefully and take that into account.”

Cllr Nigel Smith added: "I didn't become a councillor for the salary, but I always spend my money as best as I can locally with independent businesses, and all that money we spend as local members all washes through, creates employment, goes into the tax coffers of the county, and circulates around.”

Cllr Goronwy Edwards said he had been on the council since 1991 and also welcomed salary increases that ensured diversity within the council, as opposed to years gone by when many councillors were retired. "I'm aware that members with different circumstances who have joined this council will find it challenging with the cost-of-living crisis to remain a councillor," he said.

"So to freeze that allowance for years is unrealistic. So I think personally it is down to members’ personal choice whether to take the increase or not. I welcome the fact that members from all sorts of backgrounds can stand."

Cabinet member for finance Cllr Mike Priestley said the council had a net budget of around £256,900. Cllr Priestley said councillors’ allowances accounted for around 0.59% of that budget, adding he was able to dedicate more time to his position, due to the increased salary.

But Cllr David Carr wasn’t happy. “This is practically another 5%. I don’t think our residents are very impressed,” he said.

“What we are paying for backbenchers like myself is twice what pensioners get. And people say they can’t live on this. I don’t like it. There is a sense of entitlement. We are here to serve. There is such a thing called public service.”

The increases proposed are as follows: