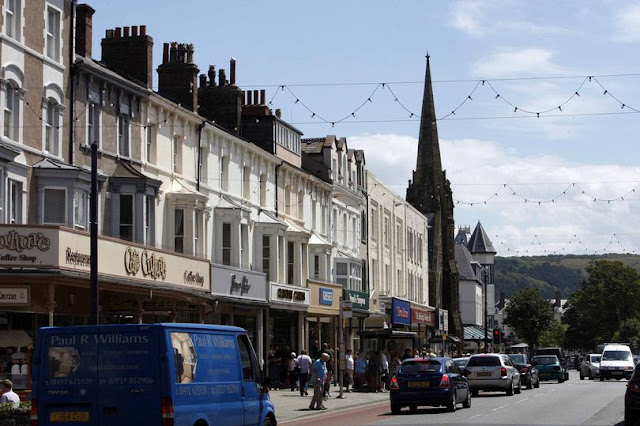 Personally, I have grave concerns over this, and wonder if individual telephone number,s and owners could be identified, or even in the future it could be used as such.

In London, they had or have facial recognition cameras which people were unhappy about!

I know some might say that if you are not doing anything illegal there is nothing to worry about, but it could be a very slippery slope!.

Plans to keep tracking the phone movements of shoppers on a Llandudno street have been backed. Conwy Council's cabinet backed a report proposing to extend a pilot project which anonymously tracks people's movements on Mostyn Street.

It is part of a digital pilot project run in partnership with the Welsh Government, monitoring footfall on Llandudno’s high street. A report, which was backed by a Conwy scrutiny committee last month, details how the council will move forward with the technology up until 2027.

Although the phone tracking system is anonymous, it allows the council to monitor where people’s phones are in parts of Llandudno. The system works when phones trigger sensors at various points on Mostyn Street, registering each phone’s individual Mac Address and tracking its location.

The scheme caused a furious debate at last month’s financial resources and overview scrutiny committee when some councilors slammed the ethics of the scheme. Despite this, Conwy’s IT officers claimed the tracking system remained anonymous and didn’t collect data.

Conwy’s cabinet has now backed the project, and cabinet member for culture and leisure Cllr Aaron Wynne spoke in favor of the scheme. Cllr Wynne again claimed the council was not collecting data.

"A long debate at scrutiny was held about one part of this strategy, the digital towns and villages footfall monitoring, and this was reported in the press,” he said. "Just to be clear, it is not that the council's free wifi is monitoring the number of footfalls through their smart towns scheme.

"This scheme is not part of the council's free wifi. This is an independent scheme.

"The purpose of the smart towns (scheme) is to monitor the number of visitors in an area to support businesses and that we make better planning decisions.” He added: "The data collected doesn't include any personal information, but it does provide a picture for the government and us as a council of movement around the area of any device.”